skip to main | skip to sidebar

A Book for New Disciples of Jesus Christ 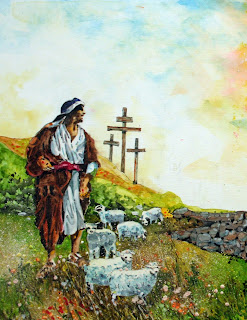 FOREWORD:  A WORD TO PASTORS AND TEACHERS

What would you have wanted… ideally… when you were saved?  Many people that I have encountered during ministry would say that when they were saved they had very little help growing as a Christian.  Often new believers may live many years before they enjoy a grasp of some of the basic steps along the path left by our Lord.

Like a new baby breathes his first breath, the life of faith is begun in prayer of repentance and faith.  Then, like a new infant, the new believer should soon be hungry for spiritual food.  The Word of God is our spiritual food.   The Lord Jesus taught us that “Man shall not live by bread alone, but by every word that proceeds from the mouth of God” (Matthew 4:4).

Many are simply told to “read the Gospel of John;” but there is so much to learn for the new believer.  As Ephesians 2:8-10 makes clear: we are not saved by works, but we are saved to do good works.  The Scripture says:“For by grace you have been saved through faith, and that not of yourselves; it is the gift of God, not of works, lest anyone should boast. For we are His workmanship, created in Christ Jesus unto good works, which God prepared beforehand that we should walk in them.”

Keeping the Ten Commandments of the Old Testament or the New Testament commands of Christ will not save anyone—but someone who has been saved by Christ should want to know what is moral, what is right, what pleases their new Lord.

When I was saved, I would have loved to have had all of the commands of Christ very simply arranged for a new disciple—and someone who was already far down the path of obedience to help me as I took my first steps.  The New Testament says that as we “make disciples” we are to baptize them and teach them to observe Christ’s commands.

This short book contains the commands of Christ in a practical arrangement for new Christians.  It is my hope that it will help many as they begin the journey along the path of obedience and growth in discipleship that leads to full joy.

The Kingdom of God in Focus (New, Free Book) 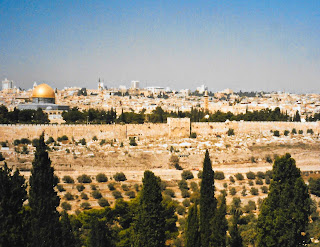 Cameras, binoculars, microscopes, telescopes… they all use knobs, buttons, or wheels of some sort to help the operator dial the object into focus. If it was only as simple for intangible, theological concepts.

How blurry is your “visualization of concept” when you read or hear the phrase “Kingdom of God”?

What does the Bible mean by the “Kingdom of God”? The phrases “Kingdom of Heaven” and “Kingdom of Christ” also refer to the same concept that differs greatly in the understanding of scholars, ministers, and laity alike.  The Gospel in the New Testament is called the Gospel of the Kingdom of God.  The disciples of Jesus are commanded to seek the Kingdom as first priority and to pray for its soon coming.

Here is a new, free book to help you dial into focus the Kingdom of God: 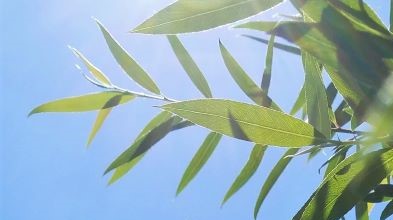 EngraftedBranches.net
EngraftedBranches.net is a new site for e-publishing and for Bible courses taught by Dr. Kilpatrick. Many free Christian publications will be available for download. The free Bible courses are designed for Home School/Christian school use and for general discipleship as well. The courses include:
Just a brief note to pastors, parents, and students of the Bible from Dr. Kilpatrick....

The Word of God is a gift from God to all His children. I believe all the Bible.

Although atheists attack the Holy Scriptures, and liberals attempt to undermine the authority of the Word of God, I am unashamedly a conservative, Bible-believing Christian. As to the source of Scripture, I hold the view of verbal-plenary inspiration... that all of the words of Scripture were inspired by God--and that all of the Scriptures (Old Testament and New Testament) are the words of God. At times during these courses I will explain what liberals believe. This is done to be able to present material that shows the error of those who do not believe God's Word to be true or inspired in the way that Scripture claims to be inspired (2 Timothy 3:16). Throughout my ministry I have sought to encourage fellow believers in their faith and in their confidence in the Word of God.

In 2009 during an archeological dig on the Ophel at Jerusalem, a seal impression of Isaiah the prophet (above, measuring just 1 cm across) was found in situ about three meters away from one belonging to Hezekiah, king of Judah (below) by an archaeological team from the Hebrew University working with Eilat Mazar:
Though found in 2009, news has only recently been released about the discoveries. These are amazing finds; and they add further extra-biblical corroboration to the existence of the growing number of 8th-6th century BC figures whose existence has now been attested by way of similar finds.
A seal impression is also referred to as a “bulla” in the singular or “bullae” in the plural. Occasionally an ancient seal (which made such impressions in clay long ago) also turns up, such as this ring (below) belonging to Hanan, the grandson of Hilkiah (who is the priest who found the books of the law in the temple in the days of Josiah): 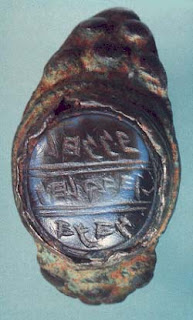 Seals like the one above were usually done in stone or semi-precious stone in mirror image in order to produce the correct impression on the clay sealing the ancient document.
Here are a couple of links for my earlier blog entries on the 1) prophecy of Isaiah 53 and on 2) the Dead Sea scrolls references to  Messiah:
Links about the seal Impression of Isaiah and others:

Not by Chance! and The Evolution Revolution: Why Thinking People are Rethinking the Theory of Evolution--these two books pose the greatest challenges to Darwin's theory in my opinion. They are must reading for anyone who honestly wants to consider what science may say about evolutionary changes.

From the back covers of Not by Chance! and The Evolution Revolution:

"It is certainly the most rational attack on evolution that I have ever read." Professor E. Simon, Department of Biology, Purdue University

"The Neo-Darwinists have pulled the wool over our eyes for over 100 years, conflating arguments for evolution with Common Descent. Spetner has proven them wrong." S. Kelman, MD, Clinical Associate Professor, University of Maryland School of Medicine.


About the author (from Amazon.com):

Lee M. Spetner is an American physicist (now in Israel) and author, known best for his critique of the modern evolutionary synthesis. In spite of his opposition to neo-Darwinism, Spetner proposes a form of non-random evolution outlined in his 1996 book "Not By Chance! Shattering the Modern Theory of Evolution." and developed further in his 2014 book "The Evolution Revolution." Spetner received his BS degree in mechanical engineering at Washington University in 1945[2] and his Ph.D. in physics from MIT in 1950. Spetner was at the Applied Physics Laboratory (APL) at Johns Hopkins University from 1951 to 1970, where he was a principle-staff member, working on guided-missile systems. In 1970 he became technical director of Eljim, Ltd., later a subsidiary of Elbit, Ltd. in Nes Tsiona, Israel where he was a manager, a period that lasted a further 20 years.[2][4] His work here was on military electronic systems including electronic countermeasures, and a military electronic navigation system. He taught courses at the Johns Hopkins University, Howard University and the Weizman Institute including classical mechanics, electromagnetic theory, real-variable theory, probability theory, and statistical communication theory. Spetner first became interested in evolution in 1963 while on a fellowship in the biophysics department of the Johns Hopkins University. His interest in evolutionary theory continued after he returned to APL. Spetner developed what he called his "nonrandom evolutionary hypothesis" (NREH), which accepted micro evolution (which he attributed to nonrandom mutations directed by the environment), but rejected macro evolution. Spetner is a critic of the role of random mutations in the modern evolutionary synthesis. He claims that there is no known random mutation that adds information to the genome. Spetner continued to study after retirement, pursuing interests in evolution[4] and cancer cures. Dr. Lee Spetner's latest book "The Evolution Revolution: Why Thinking People are Rethinking Evolution" develops his nonrandom hypothesis (NREH) and claims to have demolished neo-Darwinian evolution. The book was published in 2014 by Judaica Press.
___________________________________________

Dinosaur soft tissue? The next recent challenge on a separate front comes in the area of paleontology. Though somewhat hidden from popular notice, a debate has been raging for a little bit over a decade over the presence of soft tissue in dinosaur fossilized remains.
Though this find was over a decade ago, the implications are still being debated. I find that few people even know of the mounting evidence for soft tissue found in connection with fossilized material. From the National Geographic article in 2005:

A Tyrannosaurus Rex fossil has yielded what appear to be the only preserved soft tissues ever recovered from a dinosaur. Taken from a 70-million-year-old thighbone, the structures look like the blood vessels, cells, and proteins involved in bone formation. Most fossils preserve an organism's hard tissues, such as shell or bone. Finding preserved soft tissue is unheard of in a dinosaur-age specimen. "To my knowledge, preservation to this extent—where you still have original flexibility and transparency—has not been noted in dinosaurs before, so we're pretty excited by the find," said Mary H. Schweitzer, a paleontologist at North Carolina State University in Raleigh. The findings may provide new insights into dinosaur evolution, physiology, and biochemistry. They could also increase our understanding of extinct life and change how scientists think about the fossilization process. "Finding these tissues in dinosaurs changes the way we think about fossilization, because our theories of how fossils are preserved don't allow for this [soft-tissue preservation]," Schweitzer said.
http://news.nationalgeographic.com/news/2005/03/0324_050324_trexsofttissue.html

An article published the next year (2006) raised the level of visibility and discourse as well:

Dinosaur Shocker: Probing a 68-million-year-old T. Rex, Mary Schweitzer stumbled upon astonishing signs of life that may radically change our view of the ancient beasts. By Helen Fields, Smithsonian Magazine, May 2006.
http://www.smithsonianmag.com/science-nature/dinosaur-shocker-115306469/

On other dinosaur, soft tissue finds:

“It is also interesting to note that though Schweitzer’s T-Rex is the most notable soft tissue sample, many other samples have been found as well. One in 2013 was the soft tissue in a triceratops, which Schweitzer had nothing to do with – Armitage, M.H., and K. L. Anderson. Soft sheets of fibrillar bone from a fossil of the supraorbital horn of the dinosaur Triceratops horridus. Acta Histochemica. Published online before print, February 13, 2013." https://jrcooper.org/2017/03/21/answering-critics-soft-tissue-in-dinosaur-bones/

An excellent, lengthy, recent blog post caught my attention that brought the discourse/debate up to date across the past decade. J. R. Cooper, on his blog, has written a very thoughtful article on the implications of soft tissue finds in the fossilized remains of dinosaurs:

Have you been thinking about spiritual things lately? 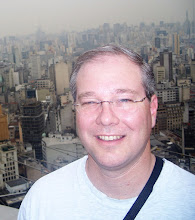